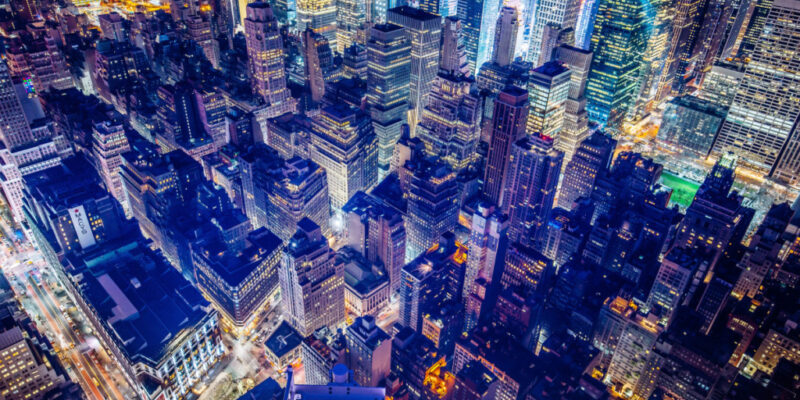 Some of New York’s tallest towers are doing the most harm to the environment. Although buildings larger than 25,000 square feet only represent two percent of the city’s stock, according to the Urban Green Council that minority is responsible for up to half of all building emissions.

Now the New York City Council is finally cracking down on the worst offenders, and New York will soon become the first city in the world to constrain large building emissions through hard limits. Yesterday the council passed the eight-bill Climate Mobilization Act, a legislative package that some are comparing to a New Green Deal for New York.

The Climate Mobilization Act, which Mayor de Blasio is expected to sign, would set increasingly harsh limits on carbon emissions for buildings over 25,000 square feet beginning in 2024. According to the Urban Green Council, New York City produces 50 million tons of carbon dioxide a year, and buildings account for approximately 67 percent of that—meaning buildings over 25,000 square feet produce 35 percent, or about 13 million tons of carbon dioxide, a year.

The legislation covering the affected 50,000 buildings will roll out in phases. This year, an Office of Building Energy and Emissions Performance and an advisory board will be created at the Department of Buildings to both regulate and enforce the new standards. When the law fully takes effect in 2024, emissions from qualifying buildings will need to be reduced 40 percent from 2005 levels by 2030. The Climate Mobilization Act then takes things one step further and requires that these same buildings slash their emissions by 80 percent by 2050.

Why are large buildings such energy hogs? Lighting, heating, cooling, and tech requirements, combined with inefficient equipment, all constrained within leaky envelopes, have combined to create a perfect storm of waste.

Retrofitting these massive buildings to use or waste less energy is projected to potentially create thousands of jobs for architects, energy modelers, engineers, and construction workers, as everything from inefficient windows to HVAC systems will need to be replaced. For those structures that can’t be brought up to code on schedule, their owners can offset a portion of their emissions by purchasing renewable energy credits. If an owner still isn’t in compliance, they can be hit with an ongoing fine based on their actual emissions versus the cap.

The real estate industry had been a vocal opponent of the measure, arguingthat it would place an undue burden on both it and tenants.

“The overall effect is going to be that an owner is going to think twice before she rents out any space: ‘Is the next tenant I’m renting to going to be an energy hog or not?’” Carl Hum, general counsel for the Real Estate Board of New York (REBNY), told the New York Times. “There’s a clear business case to be made that having a storage facility is a lot better than having a building that’s bustling with businesses and workers and economic activity.”

Still, those fears appear unwarranted. Part of the Office of Building Energy and Emissions Performance’s job will be to work with landlords and tenants and issue variances for buildings with higher energy requirements.